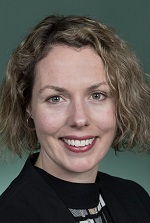 In the West Bank, Palestinian families and communities have lived under Israeli military occupation for over 50 years. All aspects of their lives are controlled by Israel. Movement is restricted, building permits are denied; access to land and water, and trade with other countries, is severely limited. People living in the West Bank should have the right to live in their own homes without a looming threat of being forcibly removed.

Ms PAYNE (Canberra) (11:13): I rise today to speak on the motion moved by the member for Fowler and I’d like to acknowledge his ongoing advocacy for the Palestinian people. The motion, of course, is in recognition of the International Day of Solidarity with the Palestinian People, on 29 November. Israel has a right to exist and Israelis should be afforded the right to live in peace without any fear of attack from either beyond their borders or within. But Palestinians should also have these same rights to live in peace.

The establishment of Israel resulted in more than 700,000 Palestinians being forcibly removed from their homes and lands to become internally displaced or refugees in neighbouring countries. In 1967, 300,000 more Palestinians became refugees, some for the second time. To this day, they and their families are under the UN refugee charter and resolutions and have the right to return to their homes. Many of these refugees are in the West Bank and Gaza, stateless in neighbouring countries or spread throughout the world. Palestinians make up 21 per cent of the global refugee population.

In the West Bank, Palestinian families and communities have lived under Israeli military occupation for over 50 years. All aspects of their lives are controlled by Israel. Movement is restricted, building permits are denied; access to land and water, and trade with other countries, is severely limited. People living in the West Bank should have the right to live in their own homes without a looming threat of being forcibly removed. Gazans should have the right to live without the fear that a bomb will level the building they occupy, and they should not be subject to a blockade. They should be allowed to come and go from the Gaza Strip whenever they like. Palestinians should have the right to live in a state of their own. Too often, these rights are violated.

The violence we saw earlier this year claimed the lives of over 200 Palestinians, including at least 65 children. The world watched as the fighting unfolded. What we saw was absolutely unthinkable. We also saw the lives of 12 Israelis, including two children, lost. This must be condemned in the strongest of terms. We saw the bombing of a building housing the very little media that exists in the Gaza Strip, crippling the world’s access to on-the-ground reporting. We saw the anger of oppressed people and the heartbreak of children who had lost their parents and of parents who had lost their children.

Today, Palestinians are in a terrifying position. Under the Oslo agreements of 1993, Israel controls almost all the region’s water resources. Eighty per cent of the water goes to Israel and only 20 per cent to Palestinians. Palestine is forced to buy back this water, of which up to a third is lost to leakage. As a result, the Palestinians in the West Bank and Gaza have water consumption levels far below the World Health Organization recommended level. This is what happens when a group of people aren’t afforded the basic human right of self-determination.

One example of the oppression faced by Palestinians is the story of jailed World Vision Gaza program manager Mohammed El Halabi. In 2016, Mr El Halabi was arrested while crossing the border between Israel and Gaza. He was accused of redirecting more than $50 million in aid money to Hamas and other militant groups. He was interrogated for 50 days and has spent the last five years in jail, despite investigations by the Australian Department of Foreign Affairs, independent auditors and World Vision finding no evidence of wrongdoing. In fact, World Vision said that its entire Gaza budget during the time frame was half the alleged money that was taken. Mr El Halabi still has not faced trial. His legal defence has been restricted, and he has attended more than 150 court appearances. No substantial evidence to support the allegations against him have been produced in this time. Mr El Halabi is so respected that, in 2014, he was named a humanitarian hero by the United Nations. He was offered a plea deal but refused, maintaining his innocence. So he continues to languish behind bars.

How has Australia reacted to this and many other injustices? Tim Costello, the former CEO of World Vision Australia, said that the Australian government has responded by cutting aid through the World Bank to Palestine, halving our commitment through UN bodies and axing an NGO partnership supporting farmers throughout Palestine. Further, he said, ‘Australia’s silence makes us complicit.’ It falls to countries like Australia to engage in a process that will peacefully create a Palestinian state while ensuring the security of a Jewish homeland. I call on the government to ensure that Australia constructively uses our voice to support peace and security.