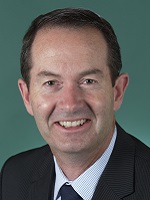 I would like to begin by thanking the Australia/Israel and Jewish Affairs Council for giving us this remarkable insight into Israeli culture and political affairs. For over 3,000 documented years, the Jews have had an indefatigable connection with the land of Judea, the ‘promised land’.

Mr WALLACE (Fisher) (18:32): It is interesting that the member for Eden-Monaro came here to speak on a unity ticket but had his speech all ready to go slanging off at those on this side of the chamber. It is very interesting.

In March this year I had the opportunity, along with some parliamentary colleagues, to travel to Israel and speak to some of the people there for myself. I would like to begin by thanking the Australia/Israel and Jewish Affairs Council for giving us this remarkable insight into Israeli culture and political affairs. For over 3,000 documented years, the Jews have had an indefatigable connection with the land of Judea, the ‘promised land’. The phrase that traditionally ends the Seder at the Passover, repeated by Jews all over the world, is ‘next year in Jerusalem’. Having travelled to Israel I now understand the significance of that plea and what it means to the 14 million Jews scattered the world over.

Life is difficult for those who uproot their businesses and families to re-join their ancestral homeland. They face a nation with an uncertain geo-political future, with neighbours on every side who refuse to accept its inhabitants’ right to exist. Take, for example, the story of Joe Krycer, who came to Israel in recent years from my own birthplace of Caulfield, Melbourne. I met him in a small city named Sderot, which is less than one mile from Gaza. We made our way up three flights of stairs in the fortified main school building to learn that since 2001 Hamas had launched 30,000 rockets and mortars into the town, killing around 15 people and wounding countless more. There is an air raid shelter every 100 meters along the roadways and the apprehension and tenseness of its people was quite palpable. Understandably, PTSD is a real problem for the town’s inhabitants.

So why is it that the inhabitants of Sderot would choose to stay there? Why would developers be building new homes and shopping centres in a town that has seen constant threats and destruction? Why would Joe Krycer leave the peace of Melbourne to live in such a town? The answer, as I have begun to understand it, although clearly not fully, is the love of and deep affinity with their ancestral homeland. It is that deep unquenchable desire to return to the place of their ancestors that makes people the world over want to return to the Promised Land. Prior to my travels I had often heard about the plight of the Palestinians in Gaza, the West Bank and the Golan Heights, but I had never heard of the town of Sderot. I will never forget its lasting impression, which is not one of fear but rather one of resilience and resoluteness.

If I am to describe the Israelis in two words it would be those, resilient and resolute. From a very young age, Israelis are taught that not only is it okay to fail but if they are not failing they are not stretching the bounds of human endeavour. There are many lessons that we Australians in business and politics can learn from such an approach.

Thankfully, not since the Second World War has Australia faced the constant threat of attack by its neighbours, a threat which Israelis have faced since the war of independence in 1947. Australians have not had to deal with the loss and grief associated with the annihilation of six million of their country folk. It is both this historical and current day adversity which seems to forge the Israeli spirit, young and old alike. Once again, many in our own society could benefit from displaying more of this fortitude.

The fact that Israel is the only democracy in its region also stood out. We were fortunate enough to gain entry to the Knesset and sit in on a session of the Israeli parliament. Israel continues to be a beacon of light in a region of failed states and dictatorships which are harsh on their own people and their enemies alike. Israel is a democracy which is founded on the freedoms of speech, political affiliation, personal property and, that favourite of members opposite, the freedom to strike and demonstrate. I thank the chamber for the opportunity to tell the chamber about some of my dealings in my recent trip to Israel. I voice my desire to support wholly the people and the government of Israel.