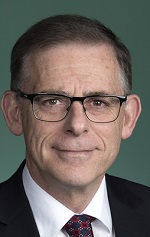 This is the first relisting of Al Shabaab, the fourth relisting of the Kurdistan Workers Party and the fifth relisting of the Hamas brigades, Lashkar-e-Tayyiba and the Palestinian Islamic Jihad. In each case the committee was satisfied that each of the groups continues to engage in terrorist activities which could be a threat to Australia or Australian interests either here or overseas.

Mr BYRNE (Holt) (10:32): On behalf of the Parliamentary Joint Committee on Intelligence and Security, I present the committee’s report entitled Review of the re-listing of Al Shabaab, Hamas’ Iss al-Din al-Qassam Brigades, Kurdistan Workers Party (PKK), Lashkar-e-Tayyiba and Palestinian Islamic Jihad as terrorist organisationsand ask leave of the House to make a short statement in connection with this report.

Mr BYRNE: Thank you. As I said, on behalf of the Parliamentary Joint Committee on Intelligence and Security, I take pleasure in presenting the committee’s report. This report reviews the relisting of five previously listed terrorist organisations: Al Shabaab, Hamas’ Iss al-Din al-Qassam Brigades, Kurdistan Workers Party, Lashkar-e-Tayyiba and Palestinian Islamic Jihad. Having completed its review I can advise that the committee does not recommend disallowance of the regulations for any of these five organisations.

As with previous committee reports on listings and relistings of terrorist organisations, this report identifies issues relating to the current nature and reach of each of the organisations, with particular emphasis on developments since the committee last reviewed these organisations. This is the first relisting of Al Shabaab, the fourth relisting of the Kurdistan Workers Party and the fifth relisting of the Hamas brigades, Lashkar-e-Tayyiba and the Palestinian Islamic Jihad. In each case the committee was satisfied that each of the groups continues to engage in terrorist activities which could be a threat to Australia or Australian interests either here or overseas.

I should note that in reviewing the evidence in support of the listings the committee draws largely on the statement of reasons which is prepared by ASIO in conjunction with the Attorney-General’s Department; however, completion of the statement of reasons would normally be at least one or two months prior to the committee writing its report so in order to take into consideration the very latest information about each group the committee often refers to information on the Jane’s Terrorism and Insurgency Centre website to support the evidence provided in the statement of reasons. Also, a private hearing was conducted with respect to the relisting of these organisations where the witnesses were representatives from ASIO and the Attorney-General’s Department just to contemporise the consideration of these relistings.

In terms of the organisations that have been relisted, al-Shabaab’s objective is the establishment of an Islamic state in Somalia based on Islamic law and the elimination of foreign ‘infidel’ influence. In pursuance of this objective al-Shabaab has conducted a violent insurgency against the Somali transitional federal government and foreign forces supporting this government. In late 2011 al-Shabaab-linked Australian citizens Saney Edow Aweys and Nayef El Sayed were convicted of conspiring to plan a terrorist attack in Australia. Aweys was also convicted of aiding and abetting another person to engage in hostile activities in Somalia under section 6 of the Commonwealth Crimes (Foreign Incursions and Recruitment) Act 1978 in December 2010. Australian citizen Hussein Hashi Farah was also implicated in terrorist activity associated with this organisation.

Hamas’s Izz al-Din al-Qassam Brigades were officially established in 1991 to provide Hamas with a military capability. Originally, the brigades were organised secretively, comprising compartmentalised cells that specialized in terrorist attacks, assassinations and kidnappings inside Israel. Since Hamas gained control of Gaza in 2007 and took up a governing role, the brigades have been forced to develop, at least partially, into a more traditional military force. The brigades operate predominantly in Gaza, with limited representation in the West Bank.

The Kurdistan Workers Party has also been relisted. The Kurdistan Workers Party’s objectives have changed over time in line with Turkey’s evolving political environment. The organisation now calls for autonomy for Kurds within Turkey and seeks to promote and advance the rights of Kurds living in Turkey, specifically the right to maintain ethnic identity. The PKK, however, has consistently demonstrated a willingness to use violence in order to achieve these objectives.

To sum up, I reiterate that the committee recommends that the regulations relisting these five organisations as terrorist organisations not be disallowed. I would also like to thank all of the committee members involved for their work in reviewing these organisations, particularly the deputy chair and also members of the secretariat who are not here: the secretary, Jerome Brown; the inquiry secretary, Robert Little; the research officer, Cameron Gifford; and administrative officers Jessica Butler, Sonya Gaspar and Raymond Jackson. I commend the report to the House.