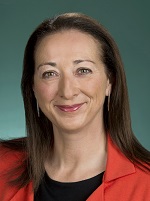 This is so very different from what we see in Israel, where risk is managed and mitigated but is seen as important for cutting-edge, leading-edge technology, innovation and new ideas. There is an acceptance of a level of risk in Israel, which is at the forefront of so many defence innovations.

I’ve also spoken to business chambers across Australia in my role as shadow assistant minister for defence. I’ve spoken to them about their frustration at getting a fraction of the work on Defence sites, particularly in remote and regional centres like Katherine. I’ve spoken to microbusinesses and small and medium businesses about their frustration at having to subcontract to primes, and often to subcontractors to those primes, just to get a fraction of the Defence work, and about the fact that they are billed out by the primes or subcontractors at $500 an hour and are getting paid $150 an hour. If those opposite bothered to speak to microbusinesses and small and medium businesses, they’d be hearing this firsthand. They would be hearing that these businesses are carrying a load of contracts and are not acknowledged for their work; they are bringing significant intellectual property to the contract, which is often required to be passed on to the prime or the subcontractor; and they are bringing agility, innovation, new ideas, invention and efficiency to a contract, which is again attributed either to the prime or to Defence. They would be hearing that CASG’s new contracting arrangements compel microbusinesses and small and medium businesses to contract to a handful of consortia. They would be hearing about the lack of certainty of work and time lines and the fact that these microbusinesses and small and medium businesses have to lock into long-term rates for short-term contracts. This is the current environment in CASG at the moment with these new contracting arrangements.

If those opposite bothered to speak to microbusinesses and small and medium businesses, they’d hear about the risk aversion in Defence and the comfort and ease it gains from dealing with the big end of town—the large multinational contractors and Defence primes. This is so very different from what we see in Israel, where risk is managed and mitigated but is seen as important for cutting-edge, leading-edge technology, innovation and new ideas. There is an acceptance of a level of risk in Israel, which is at the forefront of so many defence innovations. If those opposite bothered to speak to small and medium businesses and microbusinesses, they’d hear about the fact that those businesses just want Defence to buy one of their products—just one. This is what I heard from Penten, which is coming up with some amazing ideas here in Canberra. They just want Defence to buy one of their products, to test it, to trial it, just to get a foot in the door. And they speak about the fact that they want a brave Public Service to support local industries and support Australian-made defence products here in Canberra and right across the nation.

I ask those opposite this very important question: hearing all those comments from microbusinesses and small businesses, how do they know that so much Defence work is going to the SME sector? In its report of December last year, Australian government procurement contract reporting, the Australian National Audit Office found that multinational primes such as PwC and EY are being incorrectly tagged as small to medium enterprises. The ANAO found:

… a number of businesses with large numbers and values of contracts in 2016-17 that appeared to have been classified as SMEs. These included major consultancy/accountancy firms and other Australian arms of large global business with thousands of employees.

In other words, the official statistics that showed that between 24 and 42 per cent of government work is being won by SMEs are wrong. They are wrong because the use of multiple Australian business numbers by major firms is leading to their miscalculation as SMEs. I say to those opposite: quit the high-fiving and focus on a reality that misleading government statistics are hiding, so that we have no idea about the scale of the problem. (Time expired)

The DEPUTY SPEAKER ( Ms Bird ): The Federation Chamber will suspend until the chair is resumed.