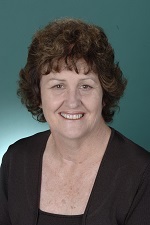 These applications from Palestinians are not being rejected because they are not refugees. It is not because these people have not been subjected to the same horrendous violence as other refugees who have been assessed by UNHCR. It is not that; it is purely a technicality.

Ms HALL (Shortland—Opposition Whip) (11:17): I am really pleased to be able to speak in this debate on the motion of the member for Calwell. I actually tried to get my name down to speak on this particular motion because I feel very passionate about it, but I was unable to. In fact, we had reserve speakers waiting to speak on this bill, so I am really disappointed that the government could not put up even one speaker, because it is such an important issue. Currently we have refugees who are, on a pure technicality, being ruled out for consideration of being accepted by Australia.

On this side of parliament, we really welcome the government’s decision to take in 12,000 additional refugees, but it is so very unfair that Palestinian refugees are precluded from consideration of coming to Australia, purely on a technicality. Palestinian refugees have been displaced in the same way that other refugees have been displaced, but the support that they are receiving comes from the United Nations Relief and Works Agency for Palestinian Refugees, or UNWRA, rather than through the UNHCR—and, because the UNWRA are already providing that support, the UNHCR cannot provide the same support. These applications from Palestinians are not being rejected because they are not refugees. It is not because these people have not been subjected to the same horrendous violence as other refugees who have been assessed by UNHCR. It is not that; it is purely a technicality. We have refugees who have lived their lives in refugee camps. I have actually visited some of those refugee camps and I know the horrendous conditions that those refugees are living in. If you are living in a refugee camp and you have absolutely no hope whatsoever of ever leaving those camps then it makes your life pretty appalling.

29 November was International Day of Solidarity with the Palestinian People, as observed by United Nations resolution 32/40B. I think it is really appropriate that around this time we as a nation and as a parliament consider the issue that these people are refugees. They are fleeing, their lives are in danger and, as such, we should be looking at including them in our refugee intake. Many of these refugees have family here in Australia, and it would be wonderful if they could be reunited with their families. I am extremely disappointed that we are not doing this. We need to carry on direct relief programs, work programs, for the Palestinian refugees. We have provided support through a different agency for refugees who have fled the West Bank, Gaza, Jordan, Lebanon and Syria. But we are not considering including them in the intake into Australia.

I know that members of this House feel very deeply about our obligation. Members on both sides of the parliament feel very deeply about our obligation to refugees who have been displaced by war, particularly in the Middle East at the moment, because it is such a big issue. I implore the government to sit down and consider the plight of these refugees and to include them in the 12,000 intake to Australia.