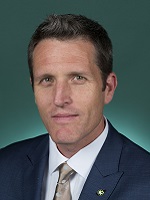 I reflect that in 2019 the members for Pearce and Aston—oddly enough—called for my resignation from parliament for having the temerity to observe that checkpoints in Israel could be gravely dangerous for Palestinians.

Mr JOSH WILSON (Fremantle) (13:48): The partisan expulsion of Hugh Mahon from the Australian parliament 100 years ago was a serious injustice and it was a dangerous misstep in the early life of this parliament. It’s a reminder that we should consider our parliamentary system, its procedures and culture very carefully. Essentially, Hugh Mahon was expelled for daring to criticise the British Empire and its conduct in Ireland. It was a time when the issue carried a feverish charge and there was in Australia a transplanted sectarian divide between different parts of the Christian faith.

Now that prejudice has significantly abated, but there will always be new forms of misunderstanding and prejudice. Indeed, in the last month, we have seen prejudicial and frankly ridiculous conduct within a parliamentary inquiry process towards Australian citizens who happen to have Chinese heritage. I reflect that in 2019 the members for Pearce and Aston—oddly enough—called for my resignation from parliament for having the temerity to observe that checkpoints in Israel could be gravely dangerous for Palestinians. I waited to hear protests from the great champions of free speech on that side of the House—the great champions of the need for Australian parliamentarians to speak freely about conflict resolution and human rights in other parts of the world. Do you know what? I did not hear a single squeak.

The expulsion of Hugh Mahon was wrong and we should acknowledge it in an appropriate way, but the enduring lesson of the Hugh Mahon debacle is that we must protect and improve our democratic institutions and culture at every opportunity.