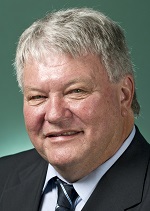 The Palestinian people should have equal rights. That’s not asking too much. I’ve never met a Palestinian who doesn’t want to be on equal terms. The days of conflict between Israel and Palestine have disappeared. Now all they’re seeking is peace in that land. They should have their basic rights returned to them. At the moment, they have very few rights. Their rights to safety and self-determination don’t exist.

Mr O ‘ DOWD (Flynn—Deputy Nationals Whip) (11:17): I support the member for Fowler and the previous speakers. They were spot on. Anyone who’s been to that part of the world, Palestine and Israel, knows exactly what they’re talking about.

The International Day of Solidarity with the Palestinian People is on 29 November. We shouldn’t have this day. The Palestinian people should have equal rights. That’s not asking too much. I’ve never met a Palestinian who doesn’t want to be on equal terms. The days of conflict between Israel and Palestine have disappeared. Now all they’re seeking is peace in that land. They should have their basic rights returned to them. At the moment, they have very few rights. Their rights to safety and self-determination don’t exist. I’ve seen firsthand what it’s like to live under apartheid rule. At a mosque in Hebron, a line going into the mosque had Israelis on one side and Palestinians on the other side. If that’s not apartheid, I’d like to know what apartheid is. All they seek is fairness, equality and democratic rights for all parties who live in that one stretch of land.

I went to Palestine and saw firsthand the injustices done to the Palestinian people on a day-to-day basis. It was evident everywhere I went. Anyone who goes to Palestine knows this. A Palestinian man said to me: ‘Ken, you might think you know a little bit about our problems over here, but, until you live it day to day, you do not understand. You’re only getting a slight insight into what’s going on.’ Take the Jordan River. It’s running dry. The Dead Sea—it’s a good name for it, actually—is getting deader and deader. As the Palestinians lose water from the Jordan River to Israeli farmers, the salt content in the Dead Sea is increasing and the level of the Dead Sea is dropping. There were once resorts around the top of the Dead Sea where you had water views. Now, the water views are some 200 metres away from those resorts. That’s how much the Dead Sea is shrinking.

Water is a big issue for the Palestinians. They don’t know when they’ve got it from one day to the next. Those black tanks on top of their roofs—you can always tell a Palestinian house when it’s got black tanks—are Palestinian tanks, and they are only allowed to pump water into those tanks on a certain day of the week or the month, depending how much the Israelis want to give them. These are the real things that happen in Palestine.

I call for the end of Israeli occupation of Palestinian territories. It’s called theft of the land. As the member for Parkes said, you can be in your house one day and the next day you get told: ‘You’re leaving. Please remove yourself from the house, because tomorrow the bulldozers will come in and it will be gone. Where will you go? Who knows? There are Israelis coming back from all parts of the world, and they need houses.’ This is the issue. This is why you get the new settlements controlled by the Israelis at the expense of the Palestinians. They keep on expanding.

The West Bank was for Palestinians, under the 1948 agreement. Now, it’s a hotchpotch of Palestinians and Israelis living in walled cities. Big, high concrete walls have been erected around these new territories. If a Palestinian happens to be working in a location inside those walls, he now has to get permission to go inside that wall to work where his family has worked for hundreds of years.

There are still people and refugees in camps. There have been since 1948. These people have got no future. The Gaza Strip should be abolished. Let the people be free to move outside those borders. I went to a university in Palestine, in Hebron, and they said the numbers are down because the Gaza people cannot move out of Gaza and come back into their universities. It’s a crying shame what’s happening over there, and we should do everything we can as Australia and everything we can with the United Nations to get rid of these inequities that are affecting the people of Palestine. (Time expired)