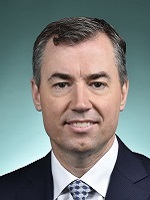 Mr KEENAN (Stirling—Minister for Justice) (17:20): I will deal with the issue of the Secure Schools Program that the shadow minister raised. How nice that the shadow minister has found time to join us during the Consideration in Detail stage. It only lasts for an hour, but obviously he has only found time in his busy schedule to join us for half of that. It is true that the Secure Schools Program—

Mr KEENAN: And now we are joined by the shadow minister for Justice—how nice that he can join us. He will last 20 minutes of the consideration in detail proposal.

Mr KEENAN: I am sure that when you get up and have your five minutes you can say your piece on this, but I have been in here for the whole hour and I can assure you that I have monitored the movements of both shadow ministers. I was terribly disappointed that they could not be bothered to come and attend consideration in detail up until this point.

As to the references to 18C that the shadow minister has made, firstly I would note that there is no appropriation associated with 18C, and what we are doing here at the moment are the appropriation bills. Section 18C is not an issue that appears within the budget paper—it appears completely extraneously to that—but, because I like him so much, I am going to extend him some latitude to talk about the questions that he has asked me in relation to 18C.

As the member for Higgins has very sensibly reminded me—and the shadow minister is quite right to be passionate about anti-Semitism—I note that the BDS movement that is endorsed by some trade unions around the country is not condemned wholeheartedly by the trade union movement as it should be. Indeed, it is actively supported by some individual trade unions—trade unions which would be constituent members of the Labor Party. Where is the condemnation of those trade unions being associated with a movement that is blatantly anti-Semitic? I appreciate that the shadow minister is passionate about this—and it is right that he should be—but where is the condemnation of the trade union movement endorsing what is an anti-Semitic movement at its core? This feeds to the sort of prejudice that we were talking about, which the Secure Schools Program was designed to address.

The DEPUTY SPEAKER ( Mrs Andrews ): Order! The minister will be heard in silence.

Mr KEENAN: At the moment, as the shadow minister would be aware, there has been a very considerable process of public consultation. We have received an enormous amount of submissions. The Attorney-General is currently working through those submissions and will be making some announcements about that in due course. We take the submissions that we have received very seriously—obviously we are interested in the views of the Australian community. I appreciate that the debate around this has been passionate, and there is no problem with people having a bit of passion when it comes to what are very serious issues. We will be methodically and sensibly working through the submissions that we have received, and the Attorney-General will obviously be making some announcements in due course about that.