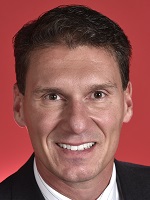 Senator BERNARDI (South Australia) (10:39): Words matter—not only the specific words that are used, but the timing and the tone in which they are delivered. Let me start at the outset by saying I believe that Senator Anning’s comments in relation to the Christchurch massacre were imprudent, impolitic and flat out wrong in blaming the victims. But I lament, I have to say, the political opportunism that was associated with them and also with the opponents of Senator Anning. Rarely have I been as disappointed with that political opportunism as in the last fortnight, and it’s on display here today, I regret. If this censure motion were confined to part (d), which is to disagree with and censure Senator Anning for the inflammatory comments, I would agree with it. But what I can’t agree with is the adoption of this hypocritical language, this determination of hate speech that has been so widely bandied around. I’m disappointed in the government for adopting the language of the left. According to those in this chamber, hate speech is whatever they want it to mean. It wasn’t that long ago that The Australian newspaper was deemed to be the hate media and had no business in putting forward their own views of opposition—or Labor government, as it was at the time—policy.

We see the Greens direct hate speech and accusations of hate speech towards basically anyone they disagree with. We know that the Greens have targeted the Israeli Defense Forces, for example, and the Jews. At least one Green senator, if not others, have accused Israel of ethnic cleansing. Is that hate speech? They’ve referred to the Israeli nation as an apartheid nation. They support the Boycott, Divestment, Sanctions regime. Is that hate speech? Senator Faruqi and a New South Wales Labor MP attended a rally protesting the recognition of Israel, where the senator said Israel was a settler colonial apartheid state. The rally itself chanted, ‘Intifada.’ Was that hate speech? An intifada is an uprising against a sovereign nation. One placard at the rally depicted Jews as pigs and monkeys, stalked by a Palestinian lion targeting them. Was that hate speech? A young child was photographed at another rally, holding up a ‘behead those who insult Islam’ placard. Was that hate speech by the mother, who allowed the child to hold it? Where were the pious and sanctimonious, the outraged, about that?

They only cheer on the tribe. They will not examine their own conscience. I note that Senator Hanson-Young, a regular tweeter about hate speech, would have Peter Dutton locked up in the Greens gulag because he, in her word, ‘attacked’ Alan Joyce because he was gay, apparently, which she labelled as vile homophobia. Under this new regime of hate speech, where it’s determined by whom you’re cheering on, Peter Dutton would be in the Greens gulag. You’d find people like Miranda Devine, journalists who call out the inhumane refugee policy pursued by Labor and the Greens. She would be locked up as a hater as well, because Senator Hanson-Young has accused her of hate speech as well—a rabid, right-wing cheerleader, in the words of the Greens senator.

I’ve regularly been accused of hate speech—once again, back in 2015, a tweet saying, ‘Will Tony Abbott let hate speech from Cory Bernardi dictate Australia’s refugee policy or will he listen to the calls to show more heart?’ I’m in the Greens dystopian universe of haters simply for disagreeing with some policies that resulted in thousands of people dying at sea. Do you understand the can of worms you’re opening here? When you talk about people’s language and you want to redefine something you disagree with as hate speech—whether it be reprehensible, vile, intemperate or just flat-out wrong, which I think Senator Anning’s words were—it doesn’t mean you should adopt this rhetoric and this mantra which is coming through here, because you will open up a process which is going to see us sink into an abyss, and not a decent abyss, because it is misused for opportunistic political chances. It is misused simply to score political points and some bark off your opponents.

We can keep going. We know that Sky media, according to the Greens, are just the hate media. This is Senator Hanson-Young again: ‘This is the brutal reality check on the role of the right-wing media in promoting racism and broadcasting hate speech.’ Suddenly, Sky News is hate speech, so will we be censoring that? We will be having laws against that? Will you be trying to impose regulations on the broadcasting of ideas and facts that you disagree with, simply because you disagree with them? Senator Di Natale says, ‘If it is hate speech, yes.’ Well, the problem for the Greens and Senator Di Natale is they make this stuff up as they go. They hold others to a higher standard than they expect to hold themselves.

Sanctimonious hypocrisy is not unknown. It is not unknown in this place, and its major inhabitants are in that wedge of the Senate. They are seeking to wedge the Australian people. They are seeking to undermine some of the fundamental values and principles that we cherish and hold dear. Yes, you have the freedom of speech in this country, but you also have the freedom to condemn and criticise those you disagree with. Unfortunately, they only hold to one side of that equation—that they’re allowed to beat up on whomever they disagree with. They will not be held to account for their own hatred and vile, misogynistic and racist outbursts. How else can you justify it? All around the world, the green movement is saying any reference to skin colour is racist and vile. We hear them say it here, except it’s okay for them to chime in about grumpy old white men and terrible old white men. They’re ageist, they are misogynist and they are misandrist. They pick up whatever they want to suit their agenda and they’re given a free pass on it all.

What I lament about this censure motion is not that it’s inappropriate; it’s just that the government and those who are meant to be sensible on the other side have adopted the language of the left. And what they are agreeing to today is to say that anything they disagree with, anything that is imprudent, impolitic or inappropriate, can be deemed as hate speech. The evidence is there; it is the defence of the weak to mask criticism and to label it as racist hate speech—whatever it is—to suit the agenda. It is about shutting down an agenda. And so, when you’ve got a senator referring to another senator as a ‘creepy old white man’, is that hate speech? When you’ve got senators referring to those who are worried about influences in our culture and our values labelling people as racist or hate speakers, where do we end up with this? Where do we end up with it?

Why do we broaden what should be a very simple motion to say that what Senator Anning said, we believe, is inappropriate? And I believe it’s inappropriate. I think to blame the victims in the manner in which he did was absolutely wrong. It can never be justified. I believe the timing of it undermined basic civility and basic humanity. It was political exploitation and opportunism at its very worst. But I also know there are many people who actually support what Senator Anning said, and that’s the beauty of this country—we’re allowed to disagree. We’re allowed to disagree with people and to call it out. That is freedom of speech. And the great hypocrisy is that those who champion these freedoms champion this idea that somehow we can live in a paradise just by stifling and shutting down everyone else who we disagree with and that that is going to lead to some utopia. It’s not. We have an obligation to speak truth to power, and the power, unfortunately, rests with the hypocrisy of the green movement and the Left in this country. They are adopting language to make it mean things that it should never mean and they’re doing it as a means of stifling our discussion. (Time expired)

The PRESIDENT: I’m going around the chamber in the order in which I’m getting indications from senators. I’ll take everyone’s names down. Senator Hinch is next.