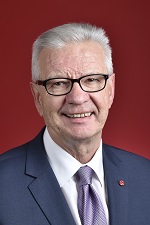 The Australian government must look beyond this current conflict and strive to bring about a pathway to peace. This requires an independent critical analysis of the issues required to bring about a lasting peace in the Middle East.

I condemn rocket attacks on Israel launched from Gaza. Launching rockets into Israel will not assist the legitimate rights of the Palestinian people to self-determination. Launching rockets at Israel will not promote the internationally recognised right of Palestine to national independence and sovereignty. Israel is entitled to exist in peace and security. For Israel to exist in peace and security, a pathway to peace must be built. Launching air attacks, followed by a ground attack on Gaza, is the antithesis to peace and security in Israel. Military action by one of the most powerful nations on earth against one of the weakest occupied territories on earth is a short-term act of aggression that will not produce the goal of a safe and secure Israel.

As a member of the UN Security Council, Australia has an obligation to act in an independent manner designed to bring peace and security to the whole of the Middle East. The Australian government must look beyond this current conflict and strive to bring about a pathway to peace. This requires an independent critical analysis of the issues required to bring about a lasting peace in the Middle East.

Many of the issues have been outlined by the UN Committee on the Exercise of the Inalienable Rights of the Palestinian People. This UN committee, in its 2012 report, outlined political developments over the last 12 months as they related to Palestine’s legitimate aspirations for statehood. The UN committee pointed to Israel’s consistent refusal to freeze its illegal settlement activities, which continue to deepen mistrust, raise tension and jeopardise the two-state solution. The committee drew attention to Palestine’s application for admission to United Nations membership, which remains pending in the Security Council since the Committee on the Admission of New Members was unable to make a unanimous recommendation to the council.

The UN office reports that inadequate law enforcement by Israel and a lack of accountability continue to be the key factors underpinning settler violence and deliberate provocations against the Palestinian civilian population. This included acts against Palestinian children, families and family homes, agricultural lands and orchards and the desecration of Muslim and Christian holy sites. Seventy-eight per cent of Palestinians living in East Jerusalem live below the poverty line. There is a chronic shortage of some 1,000 classrooms in East Jerusalem’s education system. One-third of Palestinian land in East Jerusalem has been expropriated since 1967, on which thousands of apartments have been built by Israeli settlers. Israel’s building of a separation wall has resulted in the closing of passage points and the implementation of a strict entry permit regime. This has effectively cut off East Jerusalem from the West Bank, exacerbating the economic and social conditions of its residents.

Israel has continued illegal construction of the wall in the occupied West Bank, including in and around occupied East Jerusalem. This is in defiance of the advisory opinion of the International Court of Justice of 9 July 2004. Israel carried out the demolition of at least 589 Palestinian-owned structures, 184 of which were residences, during the reporting period, displacing at least 879 people, including many children. Israeli occupying forces now continue to conduct routine military raids and arrests throughout the West Bank.

During the reporting period, five Palestinians were killed and over 2,400 injured by Israeli forces in the West Bank and East Jerusalem. According to the Office for the Coordination of Humanitarian Affairs, approximately 18 per cent of the West Bank has been designated by Israel, the occupying power, as a closed military zone for training or a firing zone. Approximately 5,000 Palestinians reside in these zones. In the Gaza Strip, and prior to operation Pillar of Defense, Israeli forces killed at least 77 Palestinians and injured more than 300 Palestinians.

Palestinians in the Gaza Strip suffer from food insecurity, due primarily to a lack of economic means rather than a food shortage. Forty-four per cent of the households are food insecure and 16 per cent are vulnerable to food insecurity. Restrictions on access to agricultural land and a fishing limit of three miles from the coast remain challenges. Palestinians in Gaza cannot, or will only with difficulty, access 17 per cent of the land, including 35 per cent of its agricultural land, because it is in a buffer zone or in the high-risk, access restricted area near the border fence with Israel.

I agree with Professor the Hon. Gareth Evans AC QC that Israel has a legitimate right to defend itself, but it also does have psychological needs: the terrible history of the Jewish people, which must be understood and somehow recognised if progress is to be made, and that Israelis are presently feeling more insecure than for a long time.

I commend the Gareth Evans speech of 1 November 2012 to the Australian Friends of Palestine Association as compulsory reading for all who want peace in the Middle East. I take the view that we must in this parliament stand up for peace, that we must ensure that the rights of Palestinians are protected and that aggression by Israel is not in the long-term interests of Israel itself. It is a problem for the whole world.