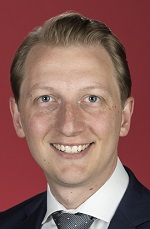 Sadly, however, there are those on the Left in particular who fuel anti-Semitism, operating under the guise of a false intellectual respectability. Often they hide behind the concept of anti-Zionism, but anti-Zionism intersects with anti-Semitism when its proponents seek to dehumanise the Jewish people as an armour in their political arsenal.

Senator PATERSON (Victoria) (21:34): I rise tonight to mark a significant historical anniversary. On 27 January, it was the 75th anniversary of the liberation of Auschwitz and commemorated International Holocaust Remembrance Day. The Holocaust was witness to the systematic and bureaucratised murder of 11 million people. Among them were political dissidents, homosexuals, the disabled, the Roma and European Jewry. Six million of the people murdered were Jews, around two-thirds of Europe’s Jewish population at the time.

Intrinsic to Nazi ideology was the normalisation of anti-Semitism. Jewish people were not only dehumanised and ostracised socially and culturally, but also institutionally via legislation of racist ideology. The 1935 Nuremberg laws sought to segregate and exclude Jews from German life. Legislation ensured Jews were stripped of their rights to property, education, social institutions and marriage. In December 1935, the Reich issued a command to have the names of all Jewish soldiers who fought in World War I removed from all memorials. These corrosive laws marked the erasure of Jewish citizens’ existence from German life. Insidious in nature, embryonic anti-Semitic ideology was cultivated over many years, normalising the hatred, de-legitimisation and dehumanisation of the Jewish people, which led to the realisation of the final solution.

When you visit Yad Vashem, the World Holocaust Remembrance Centre in Jerusalem, the first room tells the story of the Jews in Germany before Hitler. The second room tells the story of anti-Semitism. It is a potent reminder that the rise of anti-Semitism in Germany was intrinsic to the reality that followed. The British Prime Minister at the time, Winston Churchill, said it was a crime without a name. In 1944, Raphael Lemkin created the definition of the term that befitted the atrocity committed in Nazi Germany—genocide: the destruction of a nation or ethnic group. It was extermination. It was genocide. It was the denial of one group’s right to exist and an attempt to erase them from the world.

We have vowed never again, and we’ve also vowed never forget. Given recent evidence, I sometimes fear that these phrases are hollow echoes. The recent memorial hosted at Auschwitz-Birkenau museum was a sober reminder that our living memory of these events wanes each day. At the same memorial 15 years ago some 1,500 survivors in were attendance; last week, only 200 remained. As our eyewitnesses dwindle, we must remain collectively vigilant to the tide of re-emerging anti-Semitism. Across Europe, almost 90 per cent of Jews believe that anti-Semitism has intensified in their country over the past five years. Between 2017 and 2018, France reported a 74 per cent rise in anti-Semitic-related incidents, one of which resulted in the murder of a Holocaust survivor in her own home.

The Labour Party in the UK, led by Jeremy Corbyn to the recent British election, last year received 673 complaints of anti-Semitic behaviour within their party. A leaked internal document revealed that the party organisation’s response had been characterised by ‘denial’, ‘discrediting of victims’, ‘defence of perpetrators’, ‘cover-ups’ and ‘active victimisation’ of those calling out anti-Semitism. Its own members have called Corbyn’s Labour Party ‘institutionally anti-Semitic’ and that Jeremy Corbyn has made the party ‘a welcoming refuge for anti-Semites’.

It is not enough to feel relieved by the emphatic election result that endorsed Boris Johnson’s Conservative Party when half of all British Jews had said they would seriously consider emigrating if Jeremy Corbyn was elected to government. Eighty-seven per cent of British Jews also believed that Corbyn himself was an anti-Semite. For British Jews, this election felt existential, that poisonous anti-Semitism again threatened their right to exist.

Closer to home we are also witnessing the re-emergence of a virulent form of anti-Semitism. A report by the Executive Council of Australian Jewry last November identified 368 reported anti-Semitic incidents in Australia, including 105 in Victoria. I’m proud to say that my patron seat of Macnamara has the largest Jewish community in Victoria, and is second only to the seat of Wentworth in Australia. Through the Safer Communities Fund the government has delivered more than $4 million to Jewish organisations in Macnamara to safeguard their personal safety and security. Synagogues, shuls, meeting centres and Jewish schools alike require security guards, fencing, CCTV, boom gates and lighting to ward off offenders.

In Australia we are, unfortunately, not immune to these anti-Semitic-motivated offences and we most definitely cannot be idle to their pervasiveness. I’m proud to be part of a government that is firmly committed to protecting the religious freedom of our Jewish community. No-one in Australia should have to go through this. People of faith should feel protected in their practice. They should feel safe in their community and they should be able to live freely in our society without fear of persecution. We must be united in our rebuke of anti-Semitic behaviour. We must condemn it and vigilantly monitor its symptoms.

Sadly, however, there are those on the Left in particular who fuel anti-Semitism, operating under the guise of a false intellectual respectability. Often they hide behind the concept of anti-Zionism, but anti-Zionism intersects with anti-Semitism when its proponents seek to dehumanise the Jewish people as an armour in their political arsenal. Anti-Zionism specifically attacks one country—Israel—and one people, the Jewish people. It segregates Jewish people and denies their humanity in the process. It singles out the Jewish state for disproportionate criticism and attention for the failings that all governments exhibit to varying degrees. This is anti-Semitism.

One of the most important tools that we have in a free society to combat anti-Semitism is free speech. I’ve used my platform as a senator to condemn anti-Semitic acts like the Greens activists in Port Phillip council who left 30 pieces of silver on the desk of a Jewish councillor. I called out the former Greens candidate for Macnamara Steph Hodgins-May for refusing to attend an event because it was co-hosted by Zionism Victoria. I have criticised the now former Greens leader, Senator Di Natale, for the way in which he used a condolence motion in this chamber for the President of Israel to launch personal attacks. And I’ve condemned the new Greens leader, Mr Bandt, for sharing a sickening Nazi-style depiction of a Jewish banker in a Facebook post in May 2018. In many of these instances, though, apologies were issued and lessons were learnt. The criticism and condemnation these incidents attracted served an educative role. Without free speech, this would not be able to happen.

So I was very troubled to learn recently that the former Labor member for Fremantle Melissa Parke is attempting to shut down this process. Ms Parke is suing the Herald Sun, Colin Rubenstein from the Australia/Israel & Jewish Affairs Council and the member for Wentworth, Dave Sharma, because they called her out for her long history of appalling commentary about Israel. Let’s remember that her conduct, by her own admission, was so bad that she resigned as the Labor candidate for Curtin during the 2019 election. Labor’s own leaders evidently agreed her comments were sufficiently egregious that she should not represent the party at the election. The then opposition leader, Mr Shorten, said that in standing down she had done the right thing and that he did not share her views. The then shadow Treasurer, Chris Bowen, said she did not represent Labor Party views. The former member for Melbourne Ports Michael Danby said, ‘Good riddance.’

This action is part of a disturbing trend to use defamation laws to stifle legitimate political debate and to stifle free speech. In this instance, it is also stifling our ability to combat racism, intolerance and anti-Semitism. It is a gravely regrettable trend. So I’ll leave with the words of Elie Wiesel, Nobel Peace Prize winner in 1986 for his work as a historian and a survivor: