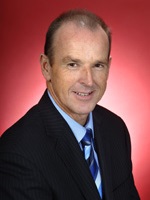 In opposing the BDS campaign the government does not want our language or conduct, particularly in this place, to be lowered to that used in the BDS campaigns. From some of the language that is being used I am concerned that we are now entertaining a similar type of campaign in language that the BDS uses. I raise that as a caution.

Senator LUDWIG (Queensland—Minister for Agriculture, Fisheries and Forestry, Manager of Government Business in the Senate and Minister Assisting the Attorney-General on Queensland Floods Recovery) (16:16): Can I inject some sense into this debate? The Australian government has repeatedly condemned the boycotts, divestments and sanctions, all of which are referred to as the BDS campaign. We supported Senator Boswell’s motion, as we have supported similar motions in this place previously. I think it is important to put that on record. We do, however, share some concerns that Senator Brown has raised regarding Senator Boswell’s speech to this place yesterday afternoon. For the record it is worth saying that the government respects the role and the work of the Chairman of the Australian Competition and Consumer Com­mission, the government acknowledges that the Victorian Police have acted in a professional matter in handling these inappropriate protests and the government believes that Senator Boswell’s charac­terisation, yesterday, of the Greens could be viewed as offensive by many.

In opposing the BDS campaign the government does not want our language or conduct, particularly in this place, to be lowered to that used in the BDS campaigns. From some of the language that is being used I am concerned that we are now entertaining a similar type of campaign in language that the BDS uses. I raise that as a caution.

The opposition are seeking to act without notice. It is the usual thing in this place to give people notice of their intention to suspend the business of parliament so that they can have a debate. That was not done in this instance. Of course, others who have not had an opportunity of being present to listen to the issue being raised may want to contribute to the debate. But that is not the germane point.

We also have a situation where this government does have a legislative program to proceed with. It does want to continue with the bills on the program. The opposition have repeatedly frustrated the government in dealing with its legislative program. They have filibustered through a range of bills. They are now, without notice, seeking to claim that this matter should be dealt with today. The opposition do have an ability to bring this on for debate.

Senator LUDWIG: You can bring it on. You can give notice of this matter. You can then have it debated on Thursday, which is general business, which is the time available for you to have that debate. You could do it at that point. You know from the opposition’s perspective that that is the opportunity you have to debate. But you have not taken that course. You have come into this chamber and without notice sought to disrupt the program with your own issue. That is why we will not support the motion.

What we are supposed to hear from the opposition, if they do want to suspend, is a cogent argument on the suspension rather than the substantive matter. All we got was the substantive and not a cogent reason. Senator Abetz used the term ‘urgent’. This is not a requirement for an urgent motion. It is simply a suspension to have this motion dealt with. There is no requirement of urgency in respect of that. There is an opportunity to give notice and have the debate on Thursday with a general business notice.

The government will not be supporting a position to up-end this parliament when there are processes available for you to debate this matter. You have been throwing out the anchor yourselves, you do not want to debate the carbon price, you do not want to debate legislation in this chamber. You want to simply throw up any matter to debate other than the legislative program that this government has put in place. You have done it in such a way, today, which also denies other senators the ability to participate in the debate. If you are fair dinkum about this, why don’t you put a notice of motion in and have it debated in general business on Thursday as you could do?

Senator LUDWIG: We have not heard the argument. Why don’t you test the water? Because you do not want to test the water. (Time expired)