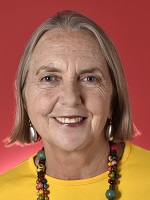 Questioned Australia’s awareness of abuse of Palestinian children in Israeli military detention and representations made to Israel on the matter, as well as Australia’s role in multilateral peacekeeping operations in the Middle East (including Palestine).

The ill-treatment of children who come in contact with the military detention system appears to be widespread, systematic and institutionalized throughout the process, from the moment of arrest until the child’s prosecution and eventual conviction and sentencing.

Senator Brandis: Is this a question, Senator Rhiannon?

Senator RHIANNON: Yes—most definitely. I started by saying, ‘Is the Australian government aware of the abuse of Palestinian children’, and I am just setting out some of those issues.

Senator Brandis: If the question is whether the Australian government is aware of the report or the media reports to which you have referred, then Mr Varghese or his officers can answer that question. If your question is whether the Australian government has any independent knowledge of the conclusions or views stated in that report or those media reports, that is a different question. Are those the two issues you want addressed?

Senator RHIANNON: I want to set out the examples. The final part of the question is: has the Australian government made any representation to the Israeli government over the abuse. That is why I was setting out, and would like to continue to set out, those example of the abuses that have been well documented.

Mr Innes-Brown : The Australian government has previously expressed our concerns about allegations of mistreatment of Palestinian minors in detention. Most recently on 19 May our embassy in Israel reiterated our interest in and concerns over security and judicial practices towards Palestinian minors. This took place during a roundtable meeting with a range of Israeli agencies, UNICEF and other foreign missions.

Mr Innes-Brown : Yes. The UNICEF report came out—we were aware of that—and it was in that context and our ongoing interest in this particular issue that we again raised the matter. As I said, there was a meeting where a range of Israeli agencies gathered, as well as foreign missions, to discuss the issue.

Senator RHIANNON: Was it Israeli non-government organisations, or were government representatives present for this?

Mr Innes-Brown : According to my information they were all what you would call government or state organisations.

Senator RHIANNON: Was the Israeli Prison Service report also considered? That is the one that details that 182 Palestinian children were in Israeli military detention as of March this year. Was that also covered?

Mr Innes-Brown : I do not know whether that specific report was traversed in that gathering.

Mr Innes-Brown : I think I said at the beginning that we expressed our concerns about allegations and we were interested to find out what reforms or measures were being taken in response. It is not a new issue; we have taken this up before and it is an issue that we continue to monitor.

Senator RHIANNON: What I am trying to find out is when you say ‘concerns’—it is one of the delights of the English language that it can be considered in different ways—were they just concerns, or were there specific points made that it should end? What is happening? Will fewer children be put in jail, and will those who are in jail be released? I am just trying to understand what ‘concerns’ means.

Senator RHIANNON: In your comments just then, Attorney-General, were you suggesting that they are just allegations?

Senator Brandis: I do not know.

Senator RHIANNON: Even though they have come from UNICEF, from—

Senator Brandis: What UNICEF may say in a report is not necessarily the end of the matter.

Senator RHIANNON: What about the Israel Prison Services report?

Senator Brandis: I am not familiar with that report.

Senator RHIANNON: That is just an allegation?

Senator Brandis: I am not familiar with the report and I make it a practice not to comment on documents I have not read.

Senator RHIANNON: What role does DFAT have in managing Australia’s involvement in multilateral peacekeeping forces?

Mr Varghese : The nature of our role will vary according to the nature of the peacekeeping mandate that is being implemented, but obviously it is an area we are closely involved in.

Senator RHIANNON: Did you say ‘are not’?

Mr Varghese : We are closely involved in.

Senator RHIANNON: Could you set out what is DFAT’s involvement with Operation Paladin and Operation Mazurka please?

Mr Varghese : I will see whether one of my colleagues has details. If not, I will take it on notice.

Mr Varghese : I will take it on notice.