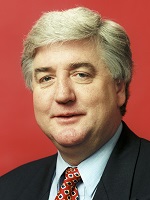 I am totally opposed to the BDS. I have been on the record on that and my position is absolutely clear.

The DEPUTY PRESIDENT: Leave is granted for two minutes.

Senator FORSHAW: As all senators know, I am a person who has many times spoken in this parliament as a strong supporter of the state of Israel and I do so again. But I want to point out that if you read this motion carefully you will have no doubt that this is simply a political stunt, because all it seeks to do is condemn trade unions and certain members of the Labor Party because of a particular stance that they have taken on the BDS.

I am totally opposed to the BDS. I have been on the record on that and my position is absolutely clear. Let me point out there are people in the coalition—I know them—including former ministers from former Liberal Party governments who are also hostile towards the Israeli government. I will name one: Tim Fischer. Tim is a very honourable man but a person who is on the record as being, and whom I have heard on certain occasions being, very hostile towards the Israeli government. ll I am doing is pointing out to you that you are trying to single out for a political purpose the fact that there may be people in our party or in the trade union movement who have a particular view on the Middle East issue. That is a fact right across the country—they exist in your political party—and this is simply hypocrisy of the highest order.

Senator Fifield: Since when has Tim Fischer said he supports the BDS?

Senator FORSHAW: You know as well as I do that this is nothing more than a political attack.

The DEPUTY PRESIDENT: Order! Senator Forshaw, you are starting to debate the issue rather than making a statement.

Senator FORSHAW: I am pointing out the reasons that I would not support this motion. I would support the sympathies that underlie opposition to a BDS. I think we are clearly on the record on that—it is our position as a party—but have a look at yourselves in the mirror for once before you start trying to attack others.