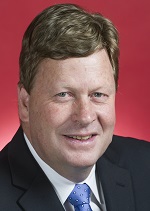 I stand here today to condemn Hamas’s attacks on innocent civilians and their use of human shields, as well as unbalanced reporting on this issue. I also support Israel’s right to defend itself and its citizens against attacks.

The loss of life in Israel and Palestine in recent days has been tragic. No-one welcomes the loss of an innocent child, whether that child be Israeli, Palestinian, Jewish, Muslim or Christian. Nor should the international community accept direct attacks aimed at innocent civilians or the use of human shields in breach of international humanitarian law. Yet Hamas have continued to initiate such attacks on innocent civilians and to use many innocent Palestinians as human shields in their conflict against Israel and Israeli citizens. This should draw widespread criticism from the international community. However, reporting on this issue has remained unbalanced, with a disproportionate share of media condemning Israel’s attacks but overlooking the attacks by Hamas on innocent Israeli civilians and the right for Israel to defend itself and its citizens against such attacks, as it is entitled to do under the UN charter.

In an article by Arsen Ostrovsky entitled ‘Where is condemnation of Hamas terror?’ he referred to:

… those who continue to call for Boycott, Divestment and Sanctions against the Jewish State … but are silent in the face of Palestinian terror.

This includes some within the Australian Greens party. Ostrovsky further states:

I’m angry that while human rights organisations such as Amnesty, Human Rights Watch, Oxfam and others do not waste a single opportunity to condemn Israel … the human rights of Israelis are seemingly not important enough for them. Is Jewish blood really that cheap?

If our families were being attacked, would we not defend our clear right to act in self-defence to protect them from harm? Undoubtedly so. The same principle also applies to Israel and its right to protect its citizens.

At the same time, many politicians and reporters in the international media have failed to condemn Hamas, with some even actively defending it, when Hamas is not an organisation that is interested in a peaceful outcome to the Israeli-Palestinian conflict. This is no more clearly evidenced than in the Hamas charter itself. The Hamas charter, in its second introductory paragraph, calls for Israel’s destruction, stating:

Israel will exist and will continue to exist until Islam will obliterate it, just as it obliterated others before it.

The Day of Judgement will not come about until Moslems fight the Jews (killing the Jews), when the Jew will hide behind stones and trees.

Hamas leader Khaled Meshaal has stated that the charter is ‘a piece of history and no longer relevant, but cannot be changed for internal reasons’. Yet Hamas have refused to oppose this document outright or to amend it. What is more, since Meshaal said this, Mahmoud Zahar, a co-founder of Hamas and a member of the Hamas leadership in Gaza, said in November 2010 about the Jews:

… there is no place for you among us … no future among the nations of the world.

Furthermore, the Prime Minister of the Hamas government in the Gaza Strip, Ismail Haniyeh, said in May 2012:

We must live up to our motto … which says, we will not recognize Israel.

From the Palestinian people to the Zionists: We’ve missed the suicide attacks. Expect us soon at bus stations and in cafes … Don’t go to sleep, because we may get you in your sleep.

None of these words will ever lead to a peaceful solution to the Israeli-Palestinian conflict. As Harvard Law School’s Professor Alan Dershowitz recently noted:

Hamas’s tactic is as simple as it is criminal and brutal. Its leaders know that by repeatedly firing rockets at Israeli civilian areas, they will give Israel no choice but to respond. Israel’s response will target the rockets and those sending them. In order to maximize their own civilian casualties, and thereby earn … sympathy … Hamas leaders deliberately fire their rockets from densely populated civilian areas. The Hamas fighters hide in underground bunkers but Hamas refuses to provide any shelter for its own civilians, whom they use as “human shields.” This unlawful tactic puts Israel to a tragic choice: simply allow Hamas rockets to continue to target Israeli cities and towns; or respond to the rockets, with inevitable civilian casualties among the Palestinian “human shields.”

Gerard Henderson concurs, stating in an article on 20 November 2012:

It is known that Hamas … deliberately place their rocket sites within the deeply populated areas of the Gaza Strip. This means that when Israel strikes at military targets, there are likely to be a number of civilian casualties.

I, for one, am willing to unreservedly and unequivocally condemn Hamas, their attacks on innocent civilians and their use of human shields, resulting in the deaths of both innocent Israeli and Palestinian civilians. Spilling innocent blood is no way to achieve lasting peace.

In these circumstances where, as reported, there have been more than 1,150 rocket attacks on Israel since last Wednesday, Israel has a clear right to defend itself. In saying this, I am supportive of the sentiments of Ostrovsky, who states in his article:

I’m angry that the world notices only when Israel undertakes its most basic sovereign right to defend its citizens. Can you imagine if even one rocket were fired on Washington, London, Moscow or Sydney? No nation on earth can, or should, tolerate such attacks on its people.

He goes on to state:

I’m angry that there is someone out there who does not know me … yet still wants to kill me for no other reason than being Israeli.

He then puts this into context, stating:

4.5 million Israelis live directly within the line of Hamas fire … In Australian terms that’s about the entire population of Sydney or Melbourne. This year alone, at least 1500 rockets have now been fired on Israel … with about 12,000 fired in the past 12 years. There is just no end in sight.

If this were occurring in Australia, then we would clearly take action to protect Australian citizens. But, given that these actions are ‘out of sight’, there is also a danger that they are ‘out of mind’. We must condemn these actions and support Israel’s actions to defend itself, as we would defend ourselves if we were under attack here. We must particularly condemn these actions, remembering the saying, ‘All that is necessary for the triumph of evil is that good men do nothing.’

I notice that the first comments from Senator Bob Carr in relation to this matter were well reported by Andrew Bolt in an article dated 20 November 2012, when he noted:

… Mr Carr, who said little publicly against Hamas rocket attacks until Israel hit back, now simply calls on ‘both sides to exercise restraint.’

That is not the view of President Obama, who swiftly supported Israel’s right to defend itself, adding:

There’s no country on Earth that would tolerate missiles raining down on its citizens from outside its borders.

We also have a lack of condemnation from Greens and Labor leaders particularly, when members such as Senator Lee Rhiannon of the Greens and state Labor parliamentarian Lynda Voltz are reported, in the article by Gerard Henderson, ‘to be scheduled to speak at a rally’ to ‘protest at Israel’s response to attacks’.

To conclude, I stand here today to condemn Hamas’s attacks on innocent civilians and their use of human shields, as well as unbalanced reporting on this issue. I also support Israel’s right to defend itself and its citizens against attacks. I call for balanced reporting and I pray for a peaceful solution to this crisis.