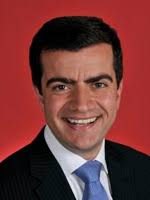 Is it fair to say as well that those journalists who are reporting on heated conflicts and those where there are passionate views held on either side tend to be those who fall under the most criticism? Your journalists, your foreign correspondents who are in the hotspots where there are strongly held views tend to be the ones to get the most criticism.

Senator DASTYARI: I want to follow up on the Sophie McNeill matter. I note that Senator Abetz did not ask you about her CV, but I will. Mr Scott, can you quickly run through Ms McNeill’s CV. She won young journalist of the year twice?

Mr Scott : Yes, she did, Senator. She won Australian Young TV Journalist of the Year twice and won a Walkley Award in 2010. Between 2006 and 2010, she lived in Jerusalem and Beirut, and filed chiefly from Lebanon, Afghanistan, Gaza, Pakistan and Kurdistan as a video journalist for the SBS Dateline program.

Senator DASTYARI: I am familiar with some of her coverage. At the moment, it seems to be largely around Syria.

Mr Scott : We have looked at her work this year, and there has been a focus around Gaza and Jerusalem reporting, but she is also doing a lot of work on Syria and Syrian refugees.

Mr Scott : Our Middle East reporters need great courage. It is a very intense posting, but at times they will go to places where there are significant security risks. They need significant courage; we need to prepare well to put them in those places. I think Ms McNeill is doing a strong job.

Senator DASTYARI: You have obviously received correspondence about this matter in the past, but is it fair to say as well that those journalists who are reporting on heated conflicts and those where there are passionate views held on either side tend to be those who fall under the most criticism? Your journalists, your foreign correspondents who are in the hotspots where there are strongly held views tend to be the ones to get the most criticism, as opposed to some regional reporters who—

Mr Scott : I suspect that is right. I suspect the scrutiny given to every word uttered by a Middle East correspondent is very different to the attention that a correspondent in London or Washington may face. I think that is the reality. We have discussed Middle East correspondents here in the past, and one of the things in Ms McNeill’s favour in getting this appointment for the ABC was that she was experienced on the ground in the Middle East and had spent several years there. There is no doubt that some reporters who have landed there, never having been there before, have found it quite confronting and quite challenging. That is not to say, as is the case with many of our reporters, that from time to time there will not be a story that you will look at and think was not quite right, or that we would need to review or need to give some feedback and advice on, but all in all I think Ms McNeill is doing a good job in a very demanding environment.

Senator DASTYARI: Is the point you are making that to judge bias in reporting, you have to look at the totality of somebody’s work, not individual comments or statements?

Mr Scott : One of the things about this 7:30 story is that it was framed around this girl and her school, and trying to work out why she had acted the way she had acted. But there have been other stories that have been attempted to be framed from another perspective. It is fair to look at the body of work for a correspondent, rather than draw too much from one specific incident.

CHAIR: Mr Scott, on that point, I am quite intrigued by your comments then. I have no problem accepting a couple of propositions from you. One is that the Middle East bureau is a particularly challenging one for any journalist, and that it is important that whomever you post there is qualified and has a body of work and the robustness to be posted there. I absolutely accept that. But I am not as comfortable with your comments that they should be judged on their history. Given the sensitivity of what people are reporting from the Middle East, surely a perceived bias or the perception that they give fair treatment is equally important in such a potentially inflammatory area.

Mr Scott : Yes. I want to make it very clear: of course our reports on the Middle East need to be fair and balanced and impartial. I suppose what I was trying to say is that when you do a story that is framed from a certain perspective—and that 7.30 story, as I recall, was really attempting to say, ‘Why had this child gone and done what was viewed as a terrorist event?’ It was framed from that perspective. There were comments from the Israeli military in it. That is how that story was set up, but there have been other stories she has done where she has interviewed people on buses in Jerusalem who are very frightened because of the attacks that have been made. Every story cannot do everything. Sometimes a story will provide a spotlight. When I say ‘Look at the history’, I think if the spotlight is the same spotlight all the time—just telling the same story over and over again and not attempting to explore a range of views and plurality of perspectives and experience—that is when you have more of a problem. You can look at that one program, but if you look at the other stories she is doing, ask whether that is adding up to complete coverage of the issue.

CHAIR: That is an interesting perspective.

Senator LUDLAM: I will probably let that thread go. Can you pass on my thanks to Ms McNeill and all of your foreign correspondents who work in difficult and sometimes dangerous parts of the world.