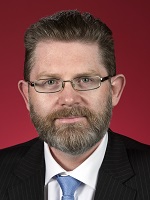 Questioned whether the portrayal of Jews and Israelis in ‘The Promise’ reinforced negative stereotypes and asked about SBS sales of the program on DVD.

The portrayal in the movie of Jewish aggression through heavy mortars and the explanation, with words like ‘fleeing the Jewish army’, will serve to reinforce negative stereotypes that are a hot issue today. The fact that you might have a small portrayal of other Jewish groups does not negate that the overwhelming majority of the portrayals in this portrayed Jews and Israelis in a negative way and Arabs as their victims. Do you not consider the context and what we read everywhere else today as important in considering whether or not this reinforces negative stereotypes?

Senator RYAN: Mr Ebeid, do you sit on the complaints committee that reviewed this?

Senator RYAN: You are not asserting that works of fiction cannot reinforce stereotypes here, are you?

Senator RYAN: You are not asserting that works of fiction or drama cannot serve to reinforce stereotypes in a negative way, are you?

Senator RYAN: Because some of the biggest slanders in history have been works of fiction. The overwhelming majority of depictions of Jewish people in this, to use some examples, were of Jewish children throwing rocks at Arab children and soldiers standing by and doing nothing. The conflict in the occupied territories has been an issue that makes context very important. You have scenes of Jewish women settlers in Hebron—at least in the translation offered in the movie—calling Arab women ‘whores’. Again, it is a contextual issue that reinforces negative media portrayals. In the historical part you have the clearing of Arab civilians, portraying Jews as the aggressors with a lack of context about what happened in that period. I understand what you are saying with respect to the voices of the soldiers, but that, again, does not remove the importance of context. The portrayal in the movie of Jewish aggression through heavy mortars and the explanation, with words like ‘fleeing the Jewish army’, will serve to reinforce negative stereotypes that are a hot issue today. The fact that you might have a small portrayal of other Jewish groups does not negate that the overwhelming majority of the portrayals in this portrayed Jews and Israelis in a negative way and Arabs as their victims. Do you not consider the context and what we read everywhere else today as important in considering whether or not this reinforces negative stereotypes?

Mr Ebeid : You have gone through some selected scenes, and we certainly do not have time to go through all the scenes of an eight-hour production. There is no doubting that they were in that program, but that is one view of it. There are other views; there are other scenes. I am not for a minute suggesting that the drama tried to be balanced. I do not think that drama is meant to be balanced. Certainly it does take a point of view. That is one thing that the complaints committee did say—that it takes a point of view. But when it comes to the issue you outlined of negative stereotyping, we do not believe it did, no.

Senator RYAN: Given the sensitivity of this issue and given that you are called on to make sensitive judgments in areas for community groups who due to the ebb and flow of political debate and international events may be subject to greater stereotyping at certain times or others I do not think you would challenge that the overwhelming majority of portrayals of Jews and Israelis was in a negative light.

Mr Ebeid : I think overall, yes, there was a negative view of it. But negative stereotyping is a very different thing and we do not think it did, no.

Senator RYAN: The overwhelming majority of the portrayals of Jews and Israelis are through incidents like that. And I appreciate I have taken selections out of a seven-hour production.

Senator RYAN: The letter from SBS to Mr Wertheim does concede that people are more likely to be sympathetic to the Palestinian cause than the Israeli cause at the end. If the overwhelming majority of portrayals of events is of instances like that, which are the subject of news reports and other complaints to your news service and other news services at intermittent times, if that is not reinforcing a negative stereotype, what is?

Mr Ebeid : It was trying to give a perspective of the British soldiers who were there. I certainly do not want to defend the program from the scene-by-scene perspective. I am here to defend our processes that we go through to make sure that a program is okay, that it does not breach our codes. The scenes that you talk about are all part of the perspectives from those British soldiers.

Senator RYAN: Not the first one.

CHAIR: Senator Ryan, allow Mr Ebeid to finish. Then I will come back to you.

Mr Ebeid : I was just going to say that there are certainly very different viewpoints of this very controversial program. I have certainly had many representations from many members of the Australian Jewish community who think that it was a very fair and legitimate portrayal of events seen through British soldiers. It would be incorrect to say that it has offended the whole Jewish community as some letters have said. That is a very incorrect statement.

Senator RYAN: I am not alleging that.

Mr Ebeid : As I said at the outset, any program that involves Israel and Palestine is going to cause controversy. Over an eight-hour program there were many different scenes and many things that the Palestinian characters in the program did that also were not flattering.

Senator RYAN: But the first two examples I mentioned were from the modern-day part of the drama. They are Jewish children throwing rocks—quite large ones, so not a playful incident—at Arab children and Israeli soldiers standing by, watching; and then the quite intense scenes between the Arab and Israeli Jewish women in Hebron. They have nothing to do with the British soldiers, and they portray in a negative way very contentious images that are in the news every day now. I put to you that they do represent a negative portrayal of Jewish Israelis.

Senator RYAN: The point I am trying to make is that here we have, overall through the six or seven hours, Jewish people being portrayed as bloodthirsty, double agents, relatively well off compared to the Arab people in both the historic and current-day section—

Mr Ebeid : I might answer that one because I would certainly disagree. There was one family in the entire program that was moderately comfortable. I have seen some of the criticism where they talk about the fact that we are portraying all Israelis as wealthy. I think that is a big leap of faith.

Senator RYAN: I did not say that. I said ‘relatively well off’. I am very conscious of that fact. I am not using the one family but others as well.

Mr Ebeid : There was only one family involved.

Senator RYAN: Has SBS produced copies of The Promise for sale?

Senator RYAN: When were these produced? When was the contract entered into? I am happy for you to take this on notice.

Mr Ebeid : I do not know for a fact, but I imagine it would have been soon after we took delivery of the finished tape.

Senator RYAN: If this complaint had been upheld, would those have been withdrawn from sale?

Senator RYAN: What cost would SBS have incurred if that had occurred and you had to withdraw these from sale?

Mr Ebeid : We did not go into production until we had had our complaints review committee.

Senator RYAN: Which was last month.

Mr Ebeid : I think it was mid-to-late January.

Senator RYAN: Last month. So you did not go into production before then?

Senator RYAN: On notice, can you give us the number of phone calls, emails and complaints you did receive? It does not necessarily have to be formally, but you may keep a record of that.

Mr Ebeid : We do keep all those records. I am happy to provide that to you.

Senator KROGER: Did SBS finance the production of the show or any part of it in the UK?

Mr Ebeid : We did not finance it. We did a presale arrangement which allows us to purchase a program a little bit cheaper. That means we have no editorial control, influence or input at all in the program. But we did obviously finance it through our licensing deal to acquire the program for broadcast.