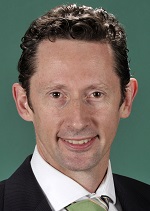 That all words after “That” be omitted with a view to substituting the following words:

“whilst not declining to give the bill a second reading, the House recognises:

(1) the importance of Australia’s long-standing relationship with Israel; and

(2) the need to support cooperation between national tax authorities”.

The Treasury Laws Amendment (International Tax Agreements) Bill implements the convention between the government of Australia and the government of Israel for the elimination of double taxation with respect to taxes on income and the prevention of tax evasion and avoidance, as signed by Australia and the State of Israel on 28 March 2019. Labor supports this convention, as we’ve supported previous efforts to encourage cooperative and cooperation between national tax agencies and help detect and prevent tax evasion. Consequently, we’ll be supporting this legislation.

The convention will support new trading opportunities for Australian businesses by reducing withholding taxes, helping to create a more favourable bilateral investment environment between Australia and Israel. The convention will also improve tax certainty for businesses and investors by introducing antidiscrimination and arbitration rules as well as a range of rules to prevent double taxation. Additionally, the convention will help detect and end tax evasion. It does this by authorising the revenue authorities of Australia and Israel to exchange taxpayer information on all taxes that are covered by the convention.

Finally, the convention incorporates important integrity provisions from the G20 OECD Base Erosion and Profit Shifting project, known as BEPS. These provisions are designed to minimise tax avoidance opportunities and to ensure that multinational corporations pay the appropriate amount of tax. The new convention will enter into force following the last notification that both countries have completed their domestic requirements, which includes the passage of this bill. As well as amending the International Tax Agreements Act 1953 to give force to the convention, the bill amends the Income Tax Assessment Act 1997 to introduce a new deemed source of income rule. This will ensure that Australia can fully exercise the taxing rights it has negotiated under the new convention and will streamline the negotiation of future international tax agreements. For these reasons, I commend the bill and the amendment to the House.

THE DEPUTY SPEAKER ( Mr Hogan ): Is the amendment seconded?

Ms Kearney: I second the motion.