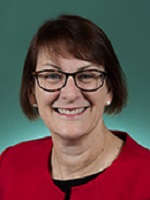 The Morrison government policy change caused conflict and distress, all for an attempt at short-term political game playing domestically. The status of Jerusalem, including West Jerusalem, is a final status issue that should be resolved as part of any peace negotiations between Israel and the Palestinian people.

Ms TEMPLEMAN (Macquarie) (12:15): I welcome the opportunity to speak on this motion but not in support of it. It provides an opportunity in this place to restate the government’s commitment to a two-state solution for Palestine and Israel and for there to be calm and thoughtful discussion rather than political pointscoring. I speak on this issue knowing how easily my words can be extracted and manipulated. I think it’s in everyone’s interests—particularly those who are suffering the consequences of a system that divides and segregates people depending on whether they’re Jewish or Muslim—that we retain the context in which comments are made. We do need to recall the history that has led to us returning to a longstanding policy not to recognise West Jerusalem as the capital of Israel, nor to have an intent to move our embassy to West Jerusalem.

While the timing and manner of the announcement was regrettable, it’s a long-held Australian government policy. Since 1948, when the state of Israel was founded, successive Australian governments, no matter whether they were Labor or coalition, had a policy of not recognising West Jerusalem as Israel’s capital. Until 2018, there was a strong bipartisanship on this matter. The Morrison government decision to reject bipartisanship followed a decision by then US President Donald Trump to recognise West Jerusalem as Israel’s capital in 2017 and then to move the US embassy there the following year. In the heat of the Wentworth by-election, triggered by the resignation of former Prime Minister Malcolm Turnbull, Prime Minister Morrison’s decision to follow Trump’s lead was announced. It was a decision dropped to the media by the Prime Minister on the same day he told the Department of Foreign Affairs and Trade and only a day after he told his foreign minister. I note that, in spite of a big splash announcement, the fine print recognised that the embassy would not actually move from Tel Aviv.

I have no interest in playing people against one another. My respect for both the Jewish community and the Palestinian people remains strong. Australia has always been a steadfast friend of Israel, being one of the first countries to formally recognise Israel under Labor Prime Minister Ben Chifley. We have long supported Palestinians, including by providing humanitarian support. Australia’s development cooperation is a demonstration of our practical and genuine commitment to the Palestinian people and a recognition of the economic, health, education and social disadvantages they face.

But there is a desperate need to re-engage in the peace process. In the last month, a UN Middle East envoy said 2022 is looking to be the deadliest year for Palestinians living in the West Bank since the UN began keeping records of fatalities 17 years ago, with 32 Palestinians, including six children, killed by Israeli forces in the last month and 311 injured, while two Israeli forces personnel were killed and 25 Israeli civilians were injured by Palestinians. It is no wonder the Palestinian UN ambassador has urged the Security Council to do more to protect and promote the two-state solution.

In this motion, the member for Berowra states that:

… Australia’s recognition of West Jerusalem as Israel’s capital in 2018 did not in any way pre-empt the outcome of peace negotiations, or undermine the prospects of achieving a peaceful settlement of the conflict based on the UN-endorsed principle of two states for two peoples …

I see it differently. The Morrison government policy change caused conflict and distress, all for an attempt at short-term political game playing domestically. The status of Jerusalem, including West Jerusalem, is a final status issue that should be resolved as part of any peace negotiations between Israel and the Palestinian people.

Having visited Jerusalem in 2017 and walked that maze of narrow alleyways in the old quarter, having seen the history that fills its four quarters—Christian, Muslim, Jewish and Armenian—and having visited some of the city’s most revered and holy sites, I know that this place should not be subject to snap political decisions during a by-election on the other side of the world. On that visit, many Jewish, Christian and Muslim leaders stressed to me their desire for peace and to be able to live side by side. So I support our decision on West Jerusalem, and lest there be any doubt let me restate: we support the recognition and right of Israel and Palestine to exist as two states within secure and internationally recognised borders.