The results from a national YouGov poll found a majority of people believe Palestine should be recognised as an independent state, and oppose the current approach the Australian Government has towards the Occupied Palestinian Territories in relation to the continuation of the occupation, the siege on Gaza, and support for the International Criminal Court.
Read the full Media Release
Download our summary Fact Sheet 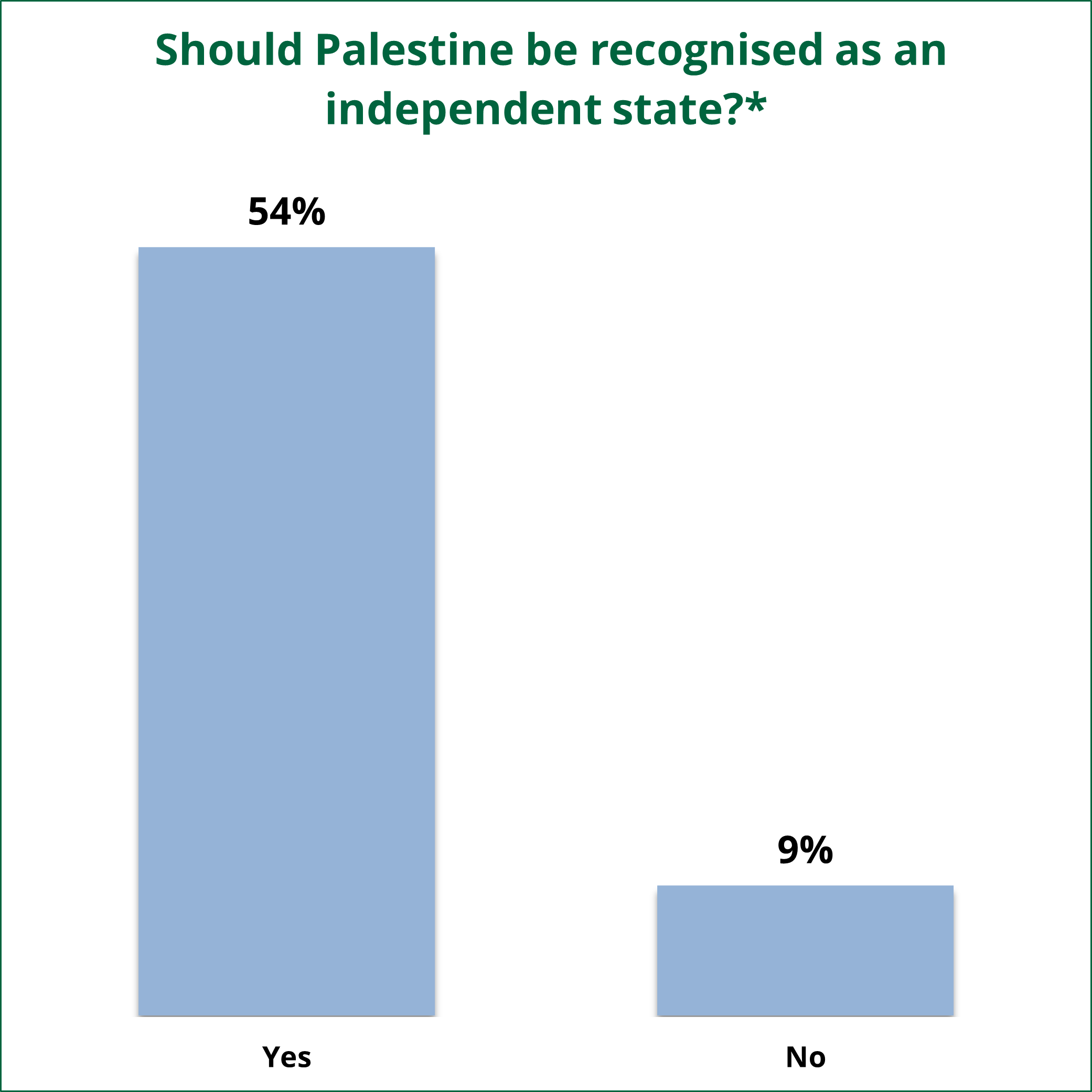 *’Don’t know’ responses are not included in the displayed results