‘From the river to the sea’: Labor’s havoc over Palestine and Israel

“The recent violence in Israel, Gaza and Jerusalem has again put the growing divide within Australian Labor about its Middle East policies under the spotlight. Israeli forces bombarded Gaza with air strikes, flattening buildings and killing dozens, while Hamas fired more than 4000 rockets towards Israel until a tentative ceasefire was organised,” writes Rob Harris.

It was a little-seen social media post that sent a major wave of panic through federal Labor.

The Melbourne University ALP Club posted a photo of a handful of its members alongside Labor MP Ged Kearney, at a May 22 rally in solidarity for the people of Palestine. It was accompanied by the phrase “From the river to the sea, Palestine will be free”.

It is a slogan that has become deeply inflected by antisemitism and since Hamas took power in Gaza more than 15 years ago has been used as a call for the driving out of all Jews from the region.

While the page only has 1000 followers, the post was very quickly and widely circulated among many Labor members, MPs and the people within the Jewish community.

A sheepish Kearney had attended the march but told colleagues she did not endorse the wording of the post and had no idea the photo would be used for that purpose. After a flurry of phone calls it was removed and members of the group conceded they’d been ignorant to the true meaning of the phrase.

Federal Liberal MPs, such as Alan Tudge, took to their social media pages calling the post “a disgrace” and stating the ALP was “now overtly supporting the end of Israel”.

Victorian Labor senator Kimberley Kitching attempted to clean up the situation. “After the horrors of the Holocaust, Labor supported Israel’s founding and always will,” she tweeted.

“There is no place in Labor for anyone calling for Israel’s destruction. No Labor MP supports this. Uni clubs do stupid things at times. As the Liberals know all too well.”

Within hours she tweeted again saying she was pleased that the post had been deleted, and conceded while everyone can make mistakes, it took “courage and integrity to correct them”.

The recent violence in Israel, Gaza and Jerusalem has again put the growing divide within Australian Labor about its Middle East policies under the spotlight. Israeli forces bombarded Gaza with air strikes, flattening buildings and killing dozens, while Hamas fired more than 4000 rockets towards Israel until a tentative ceasefire was organised. For the Labor leadership, which is intent on holding the Morrison government to account on the vaccine rollout and handling of the pandemic, it could not have happened at a worse time.

The weekend’s events at the Queensland Labor conference have again laid bare the extreme positions within the party.

Late in the day the division passed a resolution by a majority of delegates that condemned Israel for several disputed accusations, including the “ongoing Israeli annexation by stealth of Palestinian land” and the “ethnic cleansing of Palestinians through the expansion of illegal settlements”. It also recog­nised the “routine oppression and dehumanisation of Palestinian people, denying their dignity and rights to self-determination [and] condemning them to live under perpetual Israeli occupation”.

The driver of the motion was Wendy Turner, a long time pro-Palestine activist and unionist. Several members present have since told this masthead while speaking to the motion she made comments saying it was understandable that Hamas – prescribed as a terrorist organisation by the Australian government – was firing rockets at Israel. Ms Turner was contacted for comment.

The motion led to a strongly-worded slapdown from Labor’s foreign affairs spokeswoman, Penny Wong, who said the motion was counterproductive and that viewing the conflict from one perspective would not ­advance the cause of peace.

“It will take leaders recognising their respective roles in the cycle of escalation and conflict – and returning to meaningful ­dialogue and negotiation – for a just and enduring peace to be achieved,” she said.

Wong’s intervention to distance federal Labor from the motion has been met with high praise from senior Jewish community leaders this week, many of whom privately concede they have had their concerns about the shifting rhetoric within the ALP of late.

Historically the ALP, mainly through its former leader Dr H.V. “Doc” Evatt, has been a staunch supporter of Israel. Evatt served as president of the United Nations General Assembly at the time of Israel’s admission and guided the 1947 Palestine partition plan through the UN.

That support more or less continued through to the prime ministership of Bob Hawke and Julia Gillard, while former Labor leader Bill Shorten was regarded as a staunch supporter of Israel.

But during the past two decades Israel has become an increasingly problematic issue for the leadership of the party to balance.

The contest over its stance has become increasingly fraught because it has been viewed through a broader factional prism. While the party’s Left has long been pro-Palestine, what has concerned many within the party is the rise of anti-Israel rhetoric among the faction’s grassroots membership. 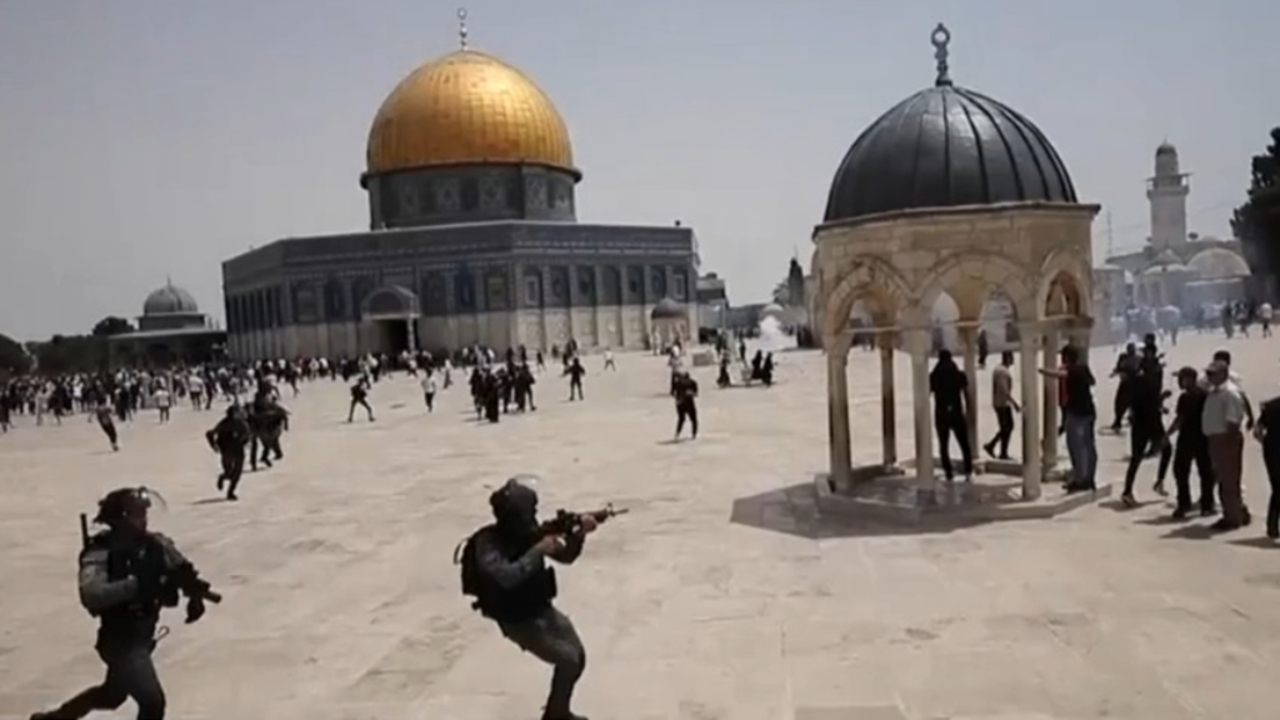 While the party’s Right faction in Victoria has held firm for Israel, the NSW Right – mainly through the influence of former NSW premier and one-time foreign minister Bob Carr – has split.

And after a damaging anti-Semitism scandal that plagued British Labour under controversial leader Jeremy Corbyn during the past five years, Labor’s Israel supporters saw it as a major step forward when leader Anthony Albanese wrote to Jeremy Leibler, the president of the Zionist Federation of Australia, to support the definition of anti-Semitism adopted by the International Holocaust Remembrance Alliance.

“I strongly believe that the fight against racism, including resurgent anti-Semitism, requires ongoing action and, for all politicians, leadership by example,” Albanese wrote.

“Labor has also made it clear that we completely oppose the BDS campaign against Israel.”

Mr Albanese, who has become increasingly disciplined in his quest to win the next election, did not need the latest blow-up in internal tensions, which some of his colleagues believe is severely damaging to the perception Labor could govern responsibly.

The latest round of discontent followed the controversy at Labor’s national conference, in March this year, when it was proposed the party’s platform be amended to call on the next Labor government to treat the issue of Palestine as an “important priority”, bringing it in line with a resolution passed at the 2018 federal conference.

Senator Wong argued its inclusion in the document meant “no lesser or greater weight” to the matter. Some pro-Israel MPs were not overly concerned about its addition to the platform although in a year where the document was to be cut from 115 pages, down from 310 pages, others were puzzled as to why it was necessary.

Many in the Jewish community did not agree with the decision but did not think, ultimately, it undermined bipartisanship between the Coalition and Labor in support of Israel.

But in a conference that was deliberately designed to be low-key and minimise any internal debate, the issue exploded.

The most outspoken critic was former Labor MP Michael Danby, who was denied the opportunity to speak to the wording.

Mr Danby, a passionate defender of Israel during his 21 years in federal parliament, said the decision to give priority to “unconditional recognition” of a Palestinian state was “stupid” and he was furious that he was denied a chance to speak to it.

Days later the front page of The Australian Jewish News splashed with the story about Mr Danby’s objection with the headline “Today Will Live In Infamy”. And it had become a major headache for Labor.

Party member Adam Slonim, the co-convener of the Australia-Israel Labor ­Dialogue, said the weekend’s Queensland resolution “demonised Israel and created a double standard that no one else is held to”.

He hit back at comments from Carr in The Australian on Thursday, which accused those raising concerns about a growing strain of anti-Semitism within Labor as trying to shut down criticism of ­Israel. Carr, an outspoken critic of Israel for decades, was an enthusiastic supporter of the Queensland motion.

Slonim told this masthead he and other members of the dialogue were “Labor to their bootstraps”, would never shy away from open debate but were no longer prepared to not call out anti-Zionist statements from within the party.

“We are very disappointed that the Labor Party in Queensland blamed Israel entirely for the ­recent conflict.

“When you see a motion like this that demonises, delegitimises, doesn’t discuss at all the 4300 rockets fired by Hamas on Israeli citizens … when you have these ‘three Ds’ you are moving from anti-Zionism to anti-Semitism.”

But the motion was viewed by the Australia Palestine Advocacy Network as a major step forward by federal Labor.

Bishop George Browning said the Queensland ALP was right to focus on the party that had “overwhelmingly more power and therefore responsibility”.

“The uncomfortable truth is Israel’s occupation is the primary instigator of violence. We cannot say we are a true friend of Israelis and Palestinians and pretend it is otherwise.”

“Holding Israel to account is not antisemitic and remaining silent is not neutral or balanced,” he said. “Israel must be held to the same standards as all nations and abide by international law.”

Reacting to the Queensland motion, Victorian MP Josh Burns, who is Jewish, and Kitching have taken out a full- page advertisement in this week’s edition of The Australian Jewish News declaring “Labor stands with Israel” and will “always defend its right to live in peace and security”.

Burns, a first-term MP who holds the seat of Macnamara with a large Jewish community, labelled the weekend’s motion “disappointing” and “blatantly one-sided”.

“But rest assured it in no way represents federal Labor’s balanced policy in support of Israel and a two-state solution and it will have absolutely no impact on federal Labor policy.”

But for some within his community, the weekend’s latest events have raised some doubts.